Learn more about our history. 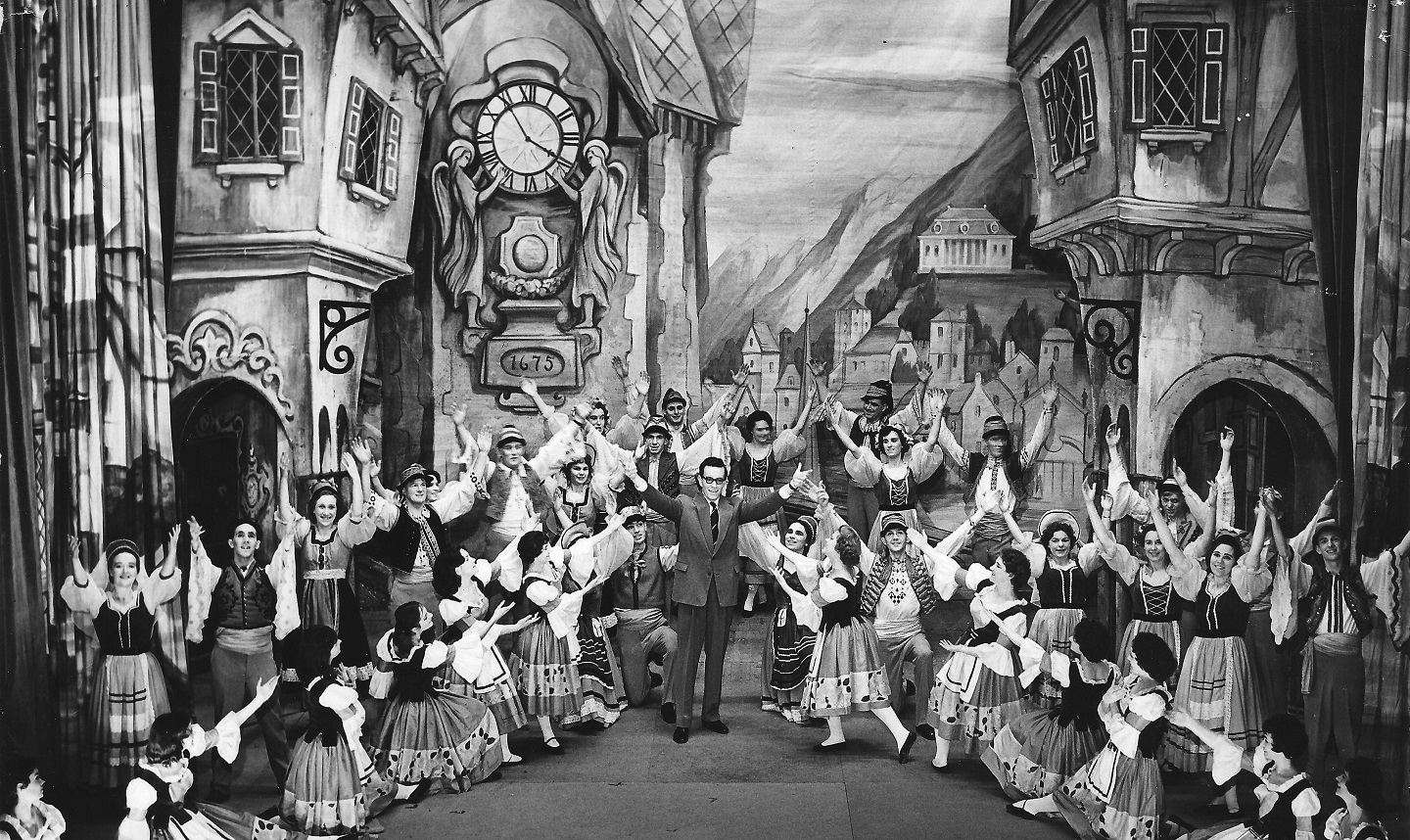 In 1889 a small group of actors got together in Tunbridge Wells, built their own stage and scenery, and launched the Tunbridge Wells Dramatic and Musical Society, as it was then known. The first production was of two plays - A Blighted Being and My Preserver - performed at the Gymnasium in Calverley Road. The first musical show, The Pirates of Penzance, was performed in 1890, followed by a large variety of straight plays, Gilbert and Sullivan comic operas and one or two Grand Operas. At this time, the Society had a distinguished President, Sir Henry Irving. 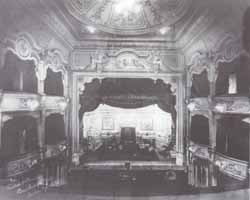 The Society played at the Great Hall - now replaced by shops - but was frustrated by not having a permanent home. In 1902 the problem was resolved when the Opera House was built and there, two years later, the Society staged a rousing performance of The Mikado. It was recorded that, at this time, the Society had presented £500 to various local charities and this figure has been multiplied many times over since.

For some reason, despite the success of the Operatic Society, there was a hiatus then until 1910, when the Society was revived by Mr F D Barnes. During Cricket Week, The Women of Westminster (or Votes for Men) was presented and from then until the First World War there was an uninterrupted run.

To understand the role of theatre in 1922, one has to consider the atmosphere of the period. Only four years earlier the country had come through its most bloody war when tens of thousands of British soldiers had lost their lives. There was radio - but no television. In fact, it was in 1922 that the BBC was licensed to produce the first regular radio broadcasts. On a more fundamental level, people made their own entertainment in this era and visiting the theatre was very much an outing. Even until the 1950s and 60s, Saturday night audiences at amateur, as well as professional, shows would wear evening dress, the women adorned with furs and jewellery. Many would come to watch, with awe, the audiences go into the show - and this was no less the case with the Operatic Society. And to be part of the entertainers on stage was an honour and a privilege.

From the 20s and 30s, the Society was synonymous with producer Harry Drury, who took charge of the Society until 1967. The venues for rehearsals have been many and varied, including the Royal Wells Inn, Spa Hotel, Congregational Church, Pump Room, Culverden Arms, St James's Hall, Working Men's Club, a shared hall with the Pantiles Players, the Camden Centre and, currently, Tunbridge Wells High School.

In June 1939, commemorating the 50th anniversary of Tunbridge Wells as a borough and the opening of the Assembly Hall, the Society was invited to put on The Pirates of Penzance, the first show at this new venue. During the Second World War, local societies could not function normally. That being said, the Operatic Society certainly played its part in the war effort. Many of the leading members of the Society attached themselves to ENSA and performed in concert parties for the troops. Venues included camps, anti-aircraft sites, Nissen huts and Chatham Naval College. 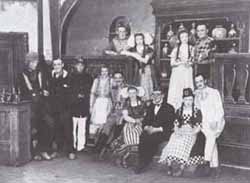 When War ended in 1945, the first show staged was Gilbert and Sullivan's The Gondoliers, with all the profits donated to the Homeopathic Hospital.

The Society moved to the Assembly Hall in 1967 and once again performed The Gondoliers. While being grateful for their new home, the Society moved from the Opera House with a twinge of nostalgia, having to say goodbye after 85 productions and 63 years, to the building which, ever since it was built, the public associated with the Operatic Society.

No-one can doubt the Society's fondness for the Gilbert and Sullivan comic operas - The Mikado has been performed 8 times in 110 years; The Gondoliers is next popular with 7 productions, most notably in the Society's Centenary Year, along with The Merry Widow (presented 4 times in our history). The other popular G&S's are Pirates of Penzance and Iolanthe both of which have been played 6 times in 110 years. TWODS has also enjoyed presenting many Broadway musicals in its more recent history - Spring 2003 saw the fourth production of Oklahoma!, first performed by TWODS in 1956. My Fair Lady, Kiss Me Kate, The King & I, Desert Song and Merrie England have each been presented 3 times by the Society. April 2004 will see Oliver! performed for the fourth time since 1973 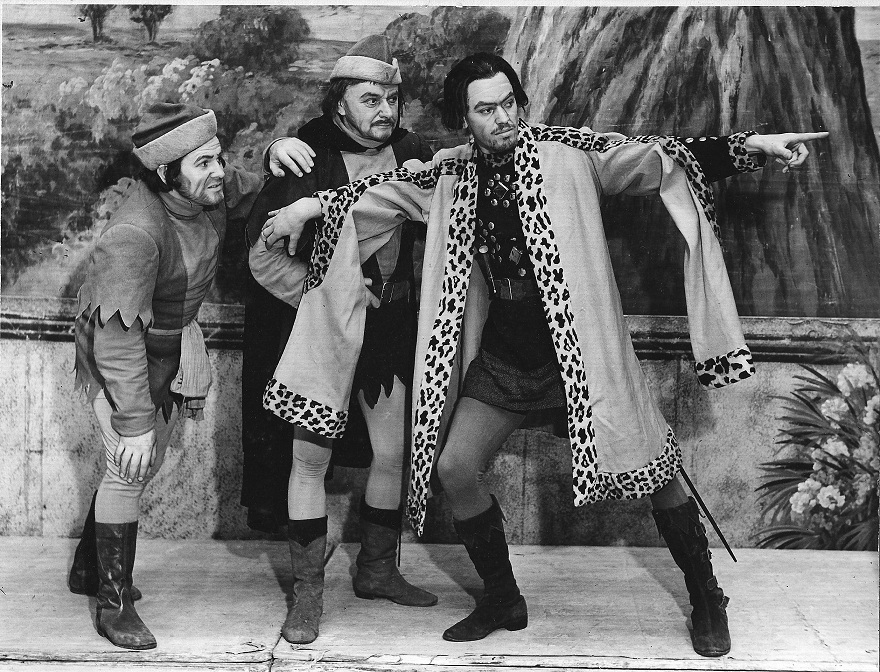 The formation of the Operatic Society is an important landmark in the history of Tunbridge Wells. Like all other amateur organisations, it has been through its 'ups' and 'downs' and this will always be so. The Society is, however, a fundamental part of the Royal Borough and its future prosperity and success depends on the support of its members, helpers and potential new members - and, of course, of its audiences without which there would be no Tunbridge Wells Operatic & Dramatic Society.

Charitable contributions from the proceeds of the Society's productions have always been an important consideration. Perhaps one of its more generous donations came in 1981 - the International Year of the Disabled. More than £600 was given to various charities, including the Tunbridge Wells Society for Mentally Handicapped Children and Adults. In 1985 a musical organ was presented to Sutton Valence School. In 1988 £1,250 was used to purchase a complete softball play area for the Children's Portage Scheme at Pembury hospital. This was the start of a long association with Pembury Portage and in recent years the Society has provided a Christmas party for the children as well as various pieces of vital equipment. Hospice in the Weald has also benefited from the Society's activities over recent years.

As a result of putting on two shows which did not require significant royalty payments during 2001, the Society donated almost £10,000 to local charities. The main beneficiaries were Kent Air Ambulance, British Heart Foundation, Demelza House (children's hospice), Hospice in the Weald, Pembury Portage and Kent Youth Ballet. 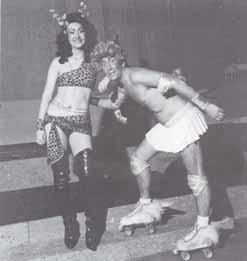 The National Operatic & Dramatic Association (NODA) was established in 1899; it is not known when TWODS became one of its members. The Society is included, however, on NODA's honours board at its London headquarters among 374 others which helped fund the purchase of the premises in 1954.

NODA currently has over 2,500 affiliated societies and a similar number of individual members throughout Britain and Ireland. As well as being a useful base for exchange of information - including available shows and producers - NODA provides a number of training courses, in particular its popular Summer School, and offers other benefits for affiliated societies through its group arrangements with insurers and other service providers.

NODA long service badges and medals have been awarded to many TWODS members through the years.

Click here to read the NODA report for our Spring 2017 show - Annie Get Your Gun.